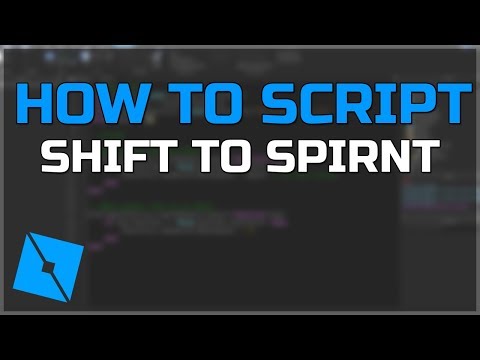 Submission Statement: In the late 1990s, the USN sought to procure a replacement vessel for it's Oliver Hazard Perry class frigates and Avenger class mine hunters. These vessels were to be designed for operations close to shore in the littoral environments (hence the name) and to deal with the threats present therein. These types of regions include: The Persian Gulf, The Gulf of Aden, The Sunda Strait, The Gulf of Mexico, and the South China Sea. However, recent DoD testing has shown that the LCS is incapable of dealing with expected threats in these environments:
LCS Mission Overview: Given these operating environments, the LCS was expected to perform three critical missions:
In short, the LCS was designed to replace the role of the OHP class frigates as they were being used at the end of their service lives: a fast armed vessel which can do patrol and presence duties without committing a more expensive Destroyer, Cruiser, or Carrier asset.
Program deviations: It should be noted that since the LCS was designed and fielded, there were a number of unexpected issues that have delayed capability improvements, including:
That being said, I'd like to overview the Case For / Case Against:
Case For:
Case Against:
Splitting the Difference:
An important aspect of this discussion is also the DoD's recent decision to cap LCS production at 20 units, while moving over to production of a "Small Surface Combatant" based on the LCS but with the following changes:
Conclusions:
In my opinion, the LCS is a "salvageable" failure. The program depended too much on concurrency (for example the development of NLOS-M/Netfires) and the Navy's inability to select one design meant that in-class improvements were diluted over the two classes. The LCS also lacked significant firepower for its mission, even given what was known about its primary operating environment: the Persian Gulf.
However, should procurement of the Small Surface Combatant pan out (given the current Pacific Pivot, it probably will), then the LCS will settle nicely as a replacement for the Avenger-Class mine countermeasure vessels, as well as filling a USN maritime presence in low-threat environments like the Gulf of Aden or the Gulf of Mexico where the presence of Anti-ship missiles is minimal.
Thoughts? Thanks!

I'd like to thank Eskali160 for having a spirited discussion with me on this topic. Thanks to him, I'd like to change my opinion a bit to admit that I may have been a little harsh in my criticism of the LCS.
In conclusion, the LCS still has room to grow. Maybe I should give the program a chance.

The navies of both Italy and Libya have been largely neglected over the past decade, while both have made some efforts to modernize, nothing substantial except for two minor classes of ships on the Libyan side have come of the program. With Italian and Libyan cooperation steadily increasing, we believe that joint Naval R&D would be a good course of action. While Libya may not have use for some of the ships developed currently, we may need them in the future. A new cruiser, fleet auxiliary, and amphibious assault ship will be developed over the next three and four years.
The Fleet Auxiliary/Landing Ship Tank will be designed to move cargo and/or tanks and/or personnel dependent on it's mission. Although lightly armed, to make more space, and due to it not being an offensive ship by any means, it compensates with substantial range and cargo space.
The new cruiser will be a light cruiser, as the size and capabilities of a heavy cruiser are currently not needed by either Navy. It will feature a major emphasis on increasing VLS cell storage and reduction of crew size through the use of automation to improve endurance. The amphibious assault ship uses a concept that will give it an edge over others of it's kind in the Mediterranean, use of the Flight 0 Concept. The ship is also much larger than a comparable ship of it's size and mission such as the America Class as it is made to carrier an entire expeditionary brigade sized unit (~2,500-3,000 personnel) and also function as a sea control light carrier if required.
The Riptide Electric Boat Company will be given a contract worth half a billion to R&D a CODAG engine similar to the one on the JHF. MHI and Avio will also be given a contract worth a billion to R&D a more efficient Avio LM-GDx2500 that can be natively produced. The 8 Inch/55 Guns and turrets will be R&D'd by OTO Melara, Wasim Munitions. Fincantieri and Flightdeck will be doing the main designing of the vessels themselves, while the technology is handled by other contractors.
We hope Italy finds these as acceptable statistics. Due to us being a comparatively much smaller economy, Libya is only able to pay for 1/5 of the development cost at this time, which is projected to be ~$20 (Bil.)
Mediterranean Class Fleet Auxiliary/Landing Ship Tank
Defiant Class Light Guided Missile Cruiser
Raider Class Amphibious Assault Ship

What is up with my Panda Corys?

So I started my first ever tank in earlier this year; I finished stocking it by the end of March. It's a 20 gallon high with 8 Neons, 3 Emerald corys, 3 Panda corys (I now know they should probably be the same species, I made note of that), 3 Otos, and a Zebra nerite snail along with some plants. The 3 Pandas, neons, snail, and otos I got from the same LFS and the 3 Emeralds I got from a reputable private sellefarmer.
For the past week my pandas (at least two of them I now figure) have been acting odd, but I think this goes beyond the usual Cory crazy. They'll be at the bottom and their tail will float up off the substrate a centimeter. It's not full on, tail up but more of a 30 degree angle thing which leads me to think it's swim bladder related. Then they'll sometimes just leave the bottom and float up to the surface with little effort in their swimming motions and then they'll just float at the top, sometimes upside down completely motionless and seemingly unresponsive to stimuli. Within maybe 15 seconds later, the guys will just dive back down to the bottom. Just to be clear, they don't do it at the same time.
I making this post after I buried one of them today because the guy did absolutely nothing, no gill or body movement, eyes completely glazed over. Just moments ago, one of the two remaining pandas starting floating around (around mid-level of the tank) and then an emerald came by and 'sprinted' past him. I don't know if the emerald rammed him or not but the panda "woke up" and started slowly swimming back down. I haven't noticed the other panda acting at all like the other one but I'm uncertain if he will eventually follow suit.
Am I getting trolled by them? I know they can be bizarre but this is far from what I was expecting. If it's a prank, I give up, you got me Pandas! My water params are normal but maybe I missed a random crash somewhere? Normal ones (API kit) are ~7.8 pH, <.25 ammonia, 0 nitrite, ~10 nitrate, 80 deg temperature. I just did a water change today too. Feed includes New Life Spectrum in the morning (mostly for the neons), and thawed bloodworms at night.
Sorry for the lengthy post, I'm just trying to describe it in best detail. If you can provide any help, I'd appreciate it. I don't have a hospital tank and the one cory was my first death in 4 months so it's kind of heartbreaking.
Edit: Just to add, I looked at the poor guy's corpse before laying him to rest and I didn't really see anything of concern but I didn't really know what to look for.

Original Post http://www.reddit.com/BTFC/comments/gfns0/intro_19m62167_lbs_march_31_2011june_23_2011/
Beginning Stats: 19/M/6'2/167lbs. Est. 17% body fat Squat 155lbs Deadlift 205lbs OHP: 95lbs Rows: N/A Bench: 135lbs http://imgur.com/a/dyOto
Final Stats 19/M/6'2/177lbs. Est 17% body fat (Luckily age, gender, and height remained the same) Squat 195lbs Deadlift 335lbs OHP: 115lbs Rows: NEVER DID EM! Bench: 175lbs http://imgur.com/a/1a9si
What did I do? -2x WeeklyHeavy Lifting w/ Squat, Deadlift, OHP and Bench Press supplemented with SPRINTS at the end of every workout -Jiu Jitsu 4-6 days a week -Tried to remember to stretch regularily -Daily Burpees (Missed many sessions, but I'm at 76 a day)
Summary My original goal was to move up to 185lbs while maintaining or reducing body fat percentage. I did not succeed with this goal. However, I did succeed in reaching a Squat of 195lbs, while fixing my old ugly ass form. I raised my Deadlift to 335lbs, which is something I couldn't even contemplate in my head before. My recovery time definitely increased. I was able to get my body into lifting twice a week (Not quite 3x), which was awesome considering I could barely do 1 day a week without hobbling around for 6 days.
My Jiu Jitsu has improved a lot in the past 3 months. A few days ago I received another tip (stripe), and call it psychological but I feel like I actually flow now, and it's not all just technique, I can feel my newly found pseudo-fitness helping me along. Anyone who has ever had to spiderwalk back and forth in a gym knows what I mean.
Here's what I really want to say, though. I didn't make huge gains. I made progress that is huge to ME. I'm certainly not a poster-boy of this contest, but you can be sure if and when there's another one I'll be right back in it looking for 1st place.